Binance is the fastest growing exchange for trading cryptocurrencies. In the short duration, it has reached the 2nd position among the top volume cryptocurrency exchanges. Binance is an exchange that operates in many countries around the globe.

Bleutrade is a cryptocurrency exchange that offers spot trading in a fairly wide selection of cryptocurrencies: Bitcoin, Ether, Litecoin, Dash, Dogecoin, Bitcoin Cash, Bitcoin Gold, Name Coin and a whole lot of other more obscure tokens, a total of 55 cryptocurrencies and 1485 pairs.

Livecoin is a Bitcoin and altcoin exchange platform that offers many currency pairs, including trading altcoins for FIAT currency. The exchange was founded in 2013, by DELTA E-COMMERCE LTD from London, UK.

Bitlio is a secure platform providing a variety of services based on the state-of-the-art digital currency, bitcoin. Their user-friendly platform is available in nearly 40 countries worldwide, allowing customers to trade different alt coins.

Bitcoin is exciting because it shows how cheap it can be. Bitcoin is better than currency in that you don’t have to be physically in the same place and, of course, for large transactions, currency can get pretty inconvenient. [Source:Bloomberg]

When bitcoin currency is converted from currency into cash, that interface has to remain under some regulatory safeguards. I think the fact that within the bitcoin universe an algorithm replaces the function of the goverment …[that] is actually pretty cool. [Source: Learning Bitcoin]

Every informed person needs to know about Bitcoin because it might be one of the world's most important developments.

Well, I think it is working. There may be other currencies like it that may be even better. But in the meantime, there’s a big industry around Bitcoin. People have made fortunes off Bitcoin, some have lost money. It is volatile, but people make money off of volatility too.[Source: Bitcoin.com]

It is not a speculative investment even though it is being used as such by other people. As Bitcoin network grows the value of Bitcoin grows. As people move into Bitcoin for payments and receipts they stop using US Dollars, Euros and Chinese Yuan which in the long-term devalues these currencies. [Source:RT Youtube]

Bitcoin is a remarkable cryptographic achievement… The ability to create something which is not duplicable in the digital world has enormous value…Lot’s of people will build businesses on top of that. [Source:Newbtc.com]

Binance is the fastest growing cryptocurrencies exchange. In the short duration, it has reached the 2nd position among the top volume cryptocurrency exchanges.

Changelly is an instant cryptocurrency exchange with clear interface that provides the best prices for Bitcoin, Litecoin, Ripple, Ethereum and other altcoins.

Coinmama is a bitcoin broker based in Israel. They specialize in selling bitcoins for credit card to nearly anyone in the world.

HitBTC is a Europe-based cryptocurrency exchange that launched in 2014. It is operated by Hit Techs Limited in London.

BitPanda is a Bitcoin broker based in Austria. It offers a wide range of payment methods and has good prices.

Exmo is a cryptocurrency exchange and wallet that promises to offer low commissions, high security, and a user-friendly interface.

Mercatox is a modern service for accessing e-currency and cryptocurrency exchange markets.

Bleutrade is a cryptocurrency exchange that offers spot trading in a fairly wide selection of cryptocurrencies.

Livecoin is multi-cryptocurrency trading platform, suitable for both beginners and experienced traders.

Based in Christchurch, New Zealand, Cryptopia is a combined cryptocurrency exchange, trading platform and marketplace.

CoinSpot is one of Australia’s leading exchanges with the largest selection of blockchain assets of any Australian exchange.

IR is a Sydney based digital Currency exchange, providing a secure and trustworthy place for customers to buy and sell Bitcoin and Ethereum.

Coinjar is a Melbourne-founded startup that allows Australians to trade, store, spend and receive bitcoin and are trustworthy.

LocalBitcoins is the largest peer-to-peer service which helps to match Bitcoin buyers and sellers who live close to each other.

BitMEX is built by finance professionals with over 40 years of combined experience and offers a comprehensive API and supporting tools.

Bitsane is a full-featured spot trading exchange for the most popular crypto currencies such as Bitcoin, Litecoin, Ethereum, Iconomi and others.

Established in the spring of 2017, LocalTrade is a exchange that offers both coin-to-coin and fiat-to-coin spot trading with relatively competitive fees.

Bitlio is a digital currency exchange with a presence in almost 40 countries.

Coincheck is a bitcoin wallet and exchange service headquartered in Tokyo, Japan, founded by Koichiro Wada and Yusuke Otsuka.

Coinsquare is Canada's most trusted cryptocurrency platform for buying and selling Bitcoin, Litecoin and other digital currencies.

BTCBear is an international bitcoin exchange and trading platform and payment system based in United Kingdom and Estonia.

LakeBTC, one of the major bitcoin exchanges in the world, based in Shanghai, where users can enjoy BTC trading, and buy and sell bitcoins.

Yobit is a Rusia based digital Currency exchange, providing a secure and trustworthy place for customers to buy and sell Bitcoin and Ethereum.

QuadrigaCX is a Canadian cryptocurrency exchange where you can buy Bitcoin and other altcoins.

Vircurex opened for trading in October 2011. It focuses on providing sophisticated trading mechanisms for Bitcoins and the most popular alt coins.

Bitonic was founded in May 2012, making it the oldest Bitcoin company in The Netherlands.

The COSS platform serves as a one-stop shop for multiple cryptocurrency-related services bringing cryptocurrencies to the masses.

Xcoins is a Bitcoin lending service. It allows you to buy bitcoin with a credit card or PayPal.

Bitcoin uses peer-to-peer technology to operate with no central authority or banks; managing transactions and the issuing of bitcoins is carried out collectively by the network.

Ethereum is a decentralized platform that runs smart contracts: applications that run exactly as programmed without any possibility of downtime, censorship, fraud or third party interference.

Bitcoin Cash brings sound money to the world, fulfilling the original promise of Bitcoin as "Peer-to-Peer Electronic Cash". Merchants and users are empowered with low fees and reliable confirmations.

Litecoin is a peer-to-peer Internet currency that enables instant, near-zero cost payments to anyone in the world. Litecoin is an open source, global payment network that is fully decentralized without any central authorities.

Cardano is a decentralised public blockchain and cryptocurrency project and is fully open source. Cardano is developing a smart contract platform which seeks to deliver more advanced features than any protocol previously developed.

NEO, formerly Antshares, is China's first ever open source blockchain. Founded in 2014, NEO’s mission has been to reinvent the way commerce is done. We believe technology drives progress and together we can create the future.

Stellar is a platform that connects banks, payments systems, and people. Using the Stellar network, you can build mobile wallets, banking tools, smart devices that pay for themselves, and just about anything else you can dream up involving payments.

EOS is similar to a decentralised operating system, in practice this means that developers can build applications on EOS. Owning EOS coins is a claim on server resources. A developer needs to have EOS coins to use the EOS blockchain.

IOTA is one of the fastest growing, but also one of the most severely criticized cryptocoins.

Binance is a cryptocurrency exchange with a focus on the Chinese market and other Chinese coins. Currently, it supports English and Chinese users.

IR is a Sydney based digital Currency exchange, providing a secure and trustworthy place for customers to buy and sell Bitcoin and Ethereum.

Bleutrade is a cryptocurrency exchange that offers spot trading in a fairly wide selection of cryptocurrencies.

Livecoin is multi-cryptocurrency trading platform, suitable for both beginners and experienced traders.

We compare the most popular crypto currency exchanges around the globe. We are Bitcoin Users and Traders like you. We have traded personally on each and every exchange mentioned here. We don't sell bitcoin and are not an exchange. We just make it easy for you to find a bitcoin exchange and buy bitcoin and other altcoin in your teritory.

The exchange selected show our opinion only and cryptoexchangesreview.com is not responsible for any losses that may happen by trading on these trading platforms. 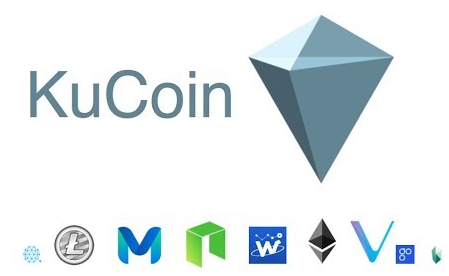